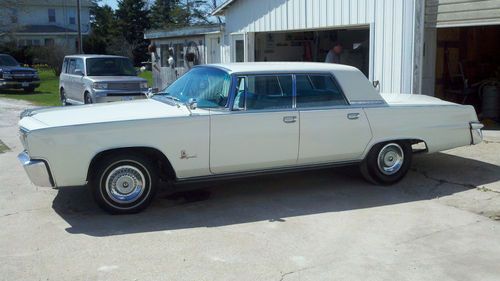 This is a estate find that was kept in a garage. This was a local Illinois car. It was undercoated, which kept the body OK, (does need some rust hole patches) but the frame was not coated. It had some dirt packed in a few places that caused a hole in the frame. The car has a 1967 440 in it now. A MINT spare frame, 413 motor, trans, drive shaft and rear end are included. It is a complete rolling chassis. This would make a great project. The interior and exterior chrome is very nice. Trunk is good. It has not been run for 10 years.This is a friends car, and he does not have the time to mess with it. He does body work all day long as a business and does not want to do it after hours. The car is as seen in the pictures. It does need to be restored, but is a great start. He can be reached 3192170500 Reggie.