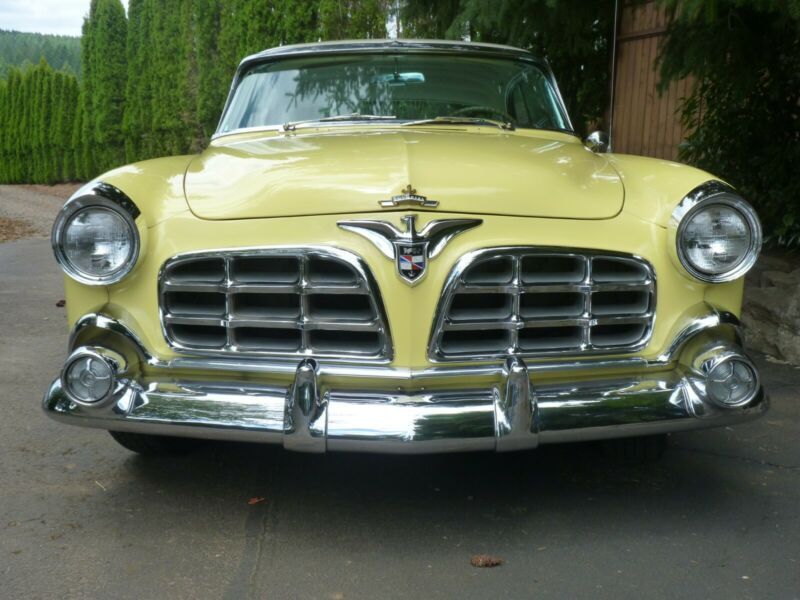 The only remaining “Springtime Edition” 1955 Imperial Newport Coupe
In the Spring and Summer of 1955, Imperial offered a special “Springtime” color combination of a Sunburst
Yellow body with a Platinum top. Very few of these were built and, according to the records of the Walter P.
Chrysler Club and the Imperial Club, this is the only one remaining.
This Imperial was built on July 19, 1955 and is one of only 3,418 Imperial Newport Coupes built. It’s equipped
with power windows, power seats, Town & Country radio with rear speaker, and rare factory air conditioning. The
fresh air scoops for the A/C are mounted on top of the rear fenders and the A/C evaporator and blower are located
in the trunk.
The 1955 Imperial, advertised as the “Flagship of the Forward Look” and as “The Finest Car America Has yet
Produced”, was the first Imperial completely designed by Virgil Exner, Styling Director of Chrysler Corporation.
It was also the first Imperial built on its own dedicated production facility within the new Imperial Division of
the Chrysler Corporation.
Chrysler Historical Services provided us with the Production Record (see picture) certifying that this Imperial was
delivered with the stated options and was one of the original Sunburst Yellow body with a Platinum top
“Springtime” cars.