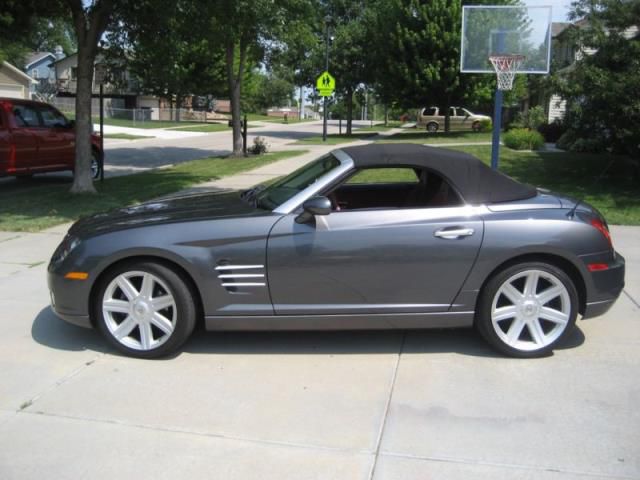 If there are any questions about the car please message me : russeljohnj0g@hairdressers.net

This is a very nice well cared for Cross/Fire roadster.Since pictures are deceiving here is a written description of my car.The paint is flawless,no door or dents.The interior is flawless,leather are like new.All window have no cracks.All electrical components work fine.Both seats are pwr and heated seats.Dual front temp control for comfort.The two/toned leather interior is a rare combo and really set's the car off.The interior is charcoal gray matched with ceder.I just had Mobile 1 Synthetic Oil changed in engine.All services associated with oil change were performed also.This car has been in the family over 4yrs.I drive this car in the evening's and on week/ends during the summer and store in heated garage in winter.