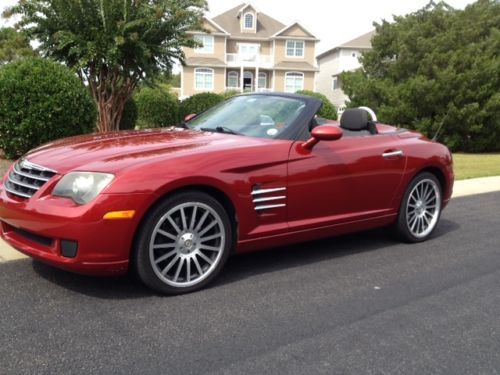 Condition: UsedA vehicle is considered used if it has been registered and issued a title. Used vehicles have had at least one previous owner. The condition of the exterior, interior and engine can vary depending on the vehicle's history. See the seller's listing for full details and description of any imperfections.Seller Notes:"This vehicle has 125,668 miles but is in excellent condition. The only blemish is a scrape on the front bumper which is shown in the last picture. Gorgeous vehicle at an affordable price. Only reason for selling is a growing family {grandchildren}"

This converible has 125,668 FUN MILES and many more left in it.  Just need to upgrade to a two seater due to a growing family.  The vehicle has two fairly new tires ( one with less than 100 miles) and I have included a picture of the tread on the other tires. Also have included a picture of the only blemish which is on the front bumper.  For more information please call me @ 843-685-6504.  This is a gorgeous time of the year to put the top down and drive through the countryside.