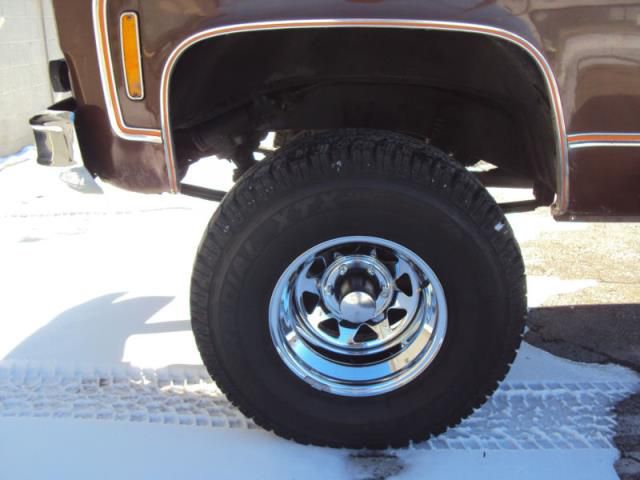 1978 Chevrolet K-10 Silverado 4X4 with 91,480 original miles. I bought this truck out of Tacoma, Washington. These trucks are getting harder and harder to find this clean. This is the original paint and the original 400 SBC with a 4 barrel carburetor and a 350 automatic transmission.