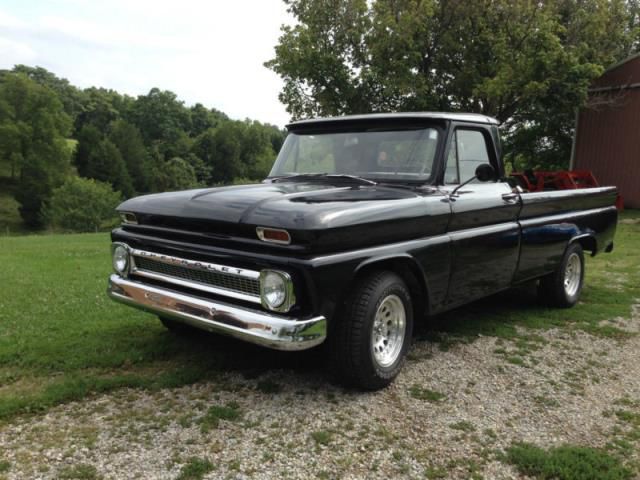 1966 Chevrolet C10 long bed fleet side pickup truck. 1966 is the last year of this classic Chevy pickup body style & trucks from that period in this condition are getting had to find.