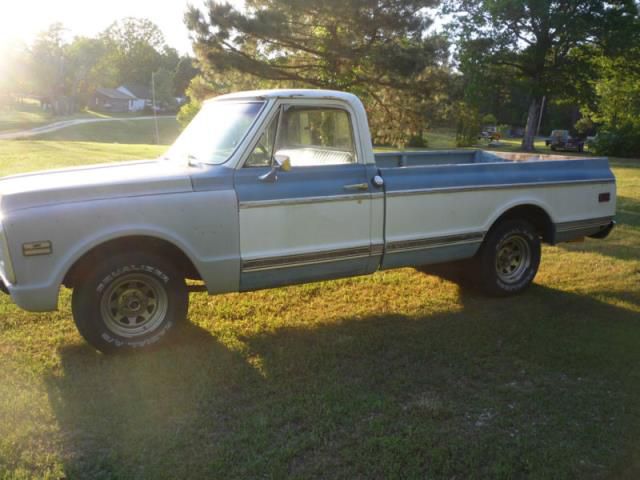 Up for sale today a Cheyenne Super. Its a great daily driver. Extermely well cared . This is the Air Conditioning cab it is enact and I was told working but the freon leaks slowly. It has some rust in the usual rockers (I am letting a pair go with the truck) some other rust as these trucks seem to have.