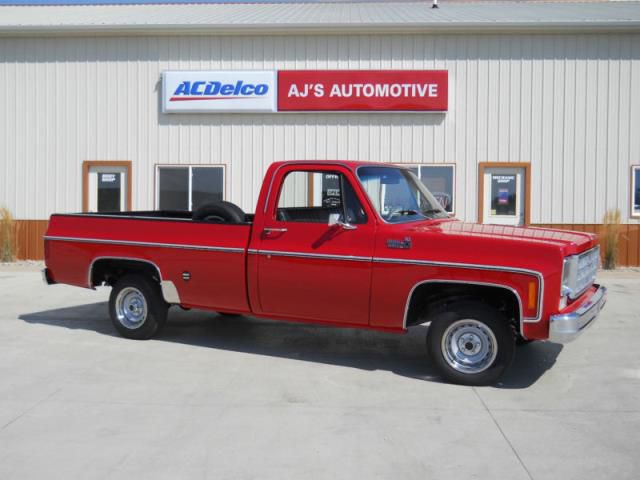 This is a 1975 Chevrolet 1/2 ton pickup that has had a fresh frame-off restoration within the past year. Everything was totally disassembled and replaced. The engine is remanufactured and the transmission rebuilt. All wiring is new.