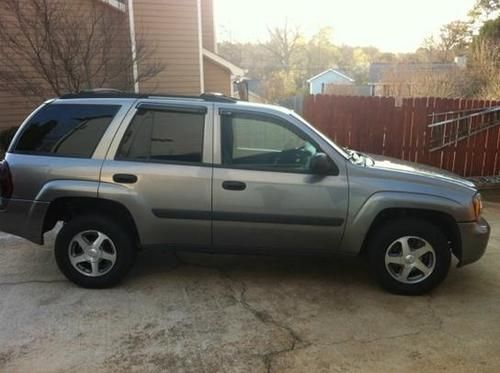 Condition: UsedA vehicle is considered used if it has been registered and issued a title. Used vehicles have had at least one previous owner. The condition of the exterior, interior and engine can vary depending on the vehicle's history. See the seller's listing for full details and description of any imperfections.Seller Notes:"great running trailblazer everything is pretty much a1 with this car. does have a dent on passenger side, really unnoticeable because of its location on the truck. seats have a few burn hoes but are clean and look nice, everything else about the truck is pretty good overall rating for this truck considering the year I'd give it a 9/10"