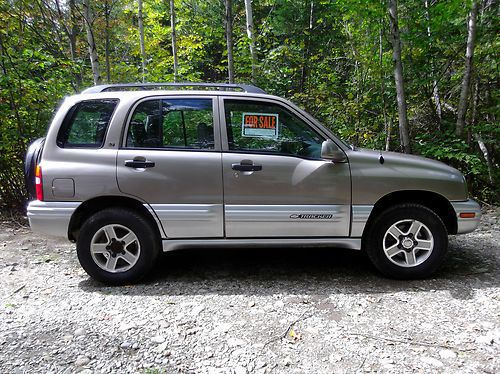 In very good condition. 2nd owner. Never had a major problem, other than the drivers side window motor is a little slow. small dent near the rear driver side tail light. Very clean, dealer quality. Filters and fluids always periodically changed on time. Gets the same mileage as the older 4 cylinder trackers. Goes 350 miles on 3/4 of a tank or 20 miles a gallon. Very safe and fun to drive. It handles like, well, a luxury vehicle! Kbb valued at 8500 so it's priced to sell.