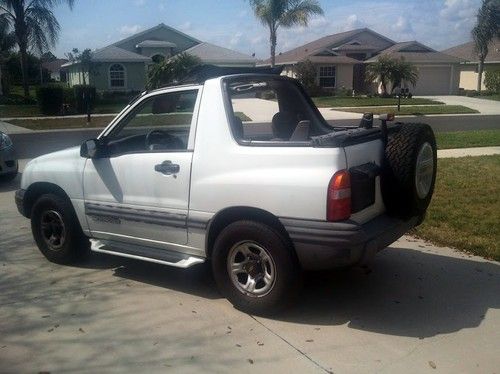 This is an adult driven, well-maintained, non-smoker vehicle. This vehicle has gotten me back and forth to work for 5 years with a flat tire once, no other break-downs ever. It has been very reliable. The only reason I am selling is teenagers that need to learn to drive so I bought a small car with an automatic transmission. I run only full synthetic oil in the engine and changed the transmission and rear differential fluid at 90,000 miles and 150,000 miles. There are no taps or knocks in the engine. It runs well. I installed a SONY STEREO 54WX4 AM/FM/CD/USB/AUX for use with ipod or mp3 players less than 1 year ago. The speakers are Kenwood in the front and Sony in the rear. It is 14 years old with over 190,000 miles and it has been used so if you are looking for a new car this is not it. It does have a little exhaust rattle that can be easily fixed. It has a slight misfire that went away last time I changed the spark plugs. I think one might be slightly loose. There is a small ding in the hood, a tiny rip in the drivers seat back at the bottom, one wheel is missing a lug, the rear window doesn't seal on the top of the door and there is glue on the door mouldings. You are more than welcome to send a mechanic or come see the vehicle before bidding. The A/C works well.