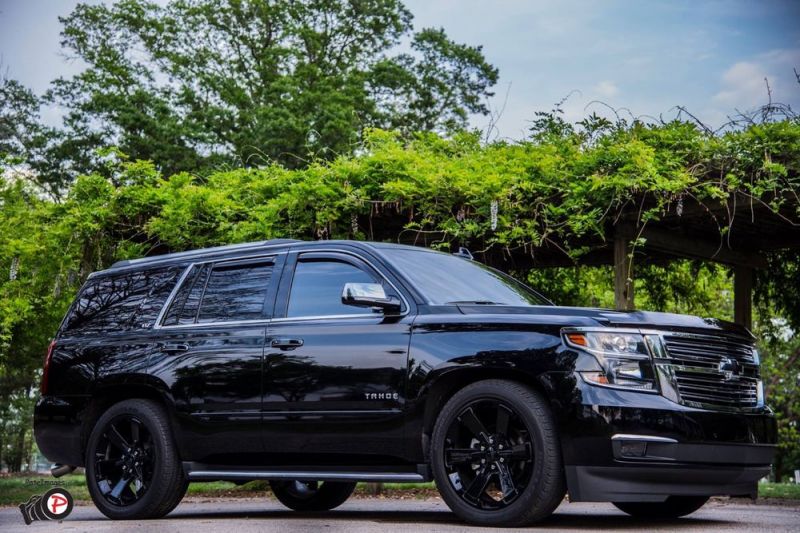 As much as I hate to do it, I need to sell my Supercharged 2016 Chevy Tahoe LTZ.All the engine work was professionally done by Dynospeed Racing in Memphis, TN. There's a Stage 1 blower camshaft, Whipple 2.9 supercharger, headers, suspension kit (lowered 3"), cold air intake, and 3" Magnaflow exhaust. It's been Dyno Tuned and puts out 608hp! I asked for a great driving vehicle on steroids and I was blown away at what I received. I still smile every time I drive it. And, it gets surprisingly good fuel mileage, as long as you drive it normally that is. It makes an excellent daily driver and there's plenty of room for the family with the power up & down 3rd row seat. I can't even begin to tell you how many compliments this Tahoe has gotten. Just yesterday, I got a thumbs up from a guy next to me at a red light. Nearly every time I pull into a parking lot I'll notice somebody checking it out. And although it's been lowered, it still rides like the factory suspension. It just looks a lot better.
It's loaded with every available option from Chevy including an awesome Bose Premium Audio system, 22" premium wheels with locks, moonroof, rear Blu-ray player with wireless headphones, rear backup camera, 4G Wi-Fi with OnStar, heated & cooled front seats, heated 2nd row captain's chairs, power hatch back, side steps, max trailering package, and more!!