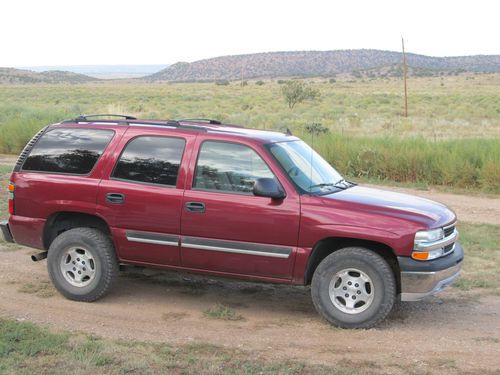 My wife is ready to get a newer vehicle.  This Tahoe has served her well. It is only driven about once a week. It is in good condition and drives well.  It has a clouded title from the previous owner that repaired the body damage.  You would not know it from driving the vehicle or it's appearance.  Although I am not aware of any problems with vehicle it is sold as is with no implied warranty and buyer is responsible for  pick up. Cashiers check required at pick up.