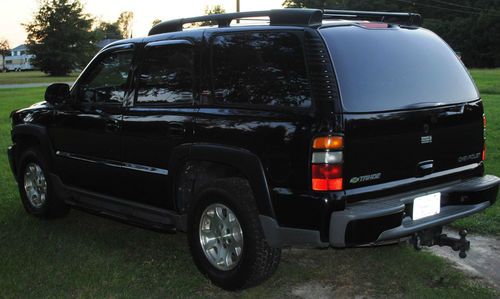 Condition: UsedA vehicle is considered used if it has been registered and issued a title. Used vehicles have had at least one previous owner. The condition of the exterior, interior and engine can vary depending on the vehicle's history. See the seller's listing for full details and description of any imperfections.Seller Notes:"Normal wear and tear for an 8 year old vehicle. There are some minor scratches, but for the most part the vehicle is in really good condition. The front passenger seat has two small tears from someone getting into and out of the vehicle."

**The interior pics are stock photos that look exactly like the interior of our tahoe.  I can send original photos if need be but our vehicle is just as clean as the photos shown in the stock pics.