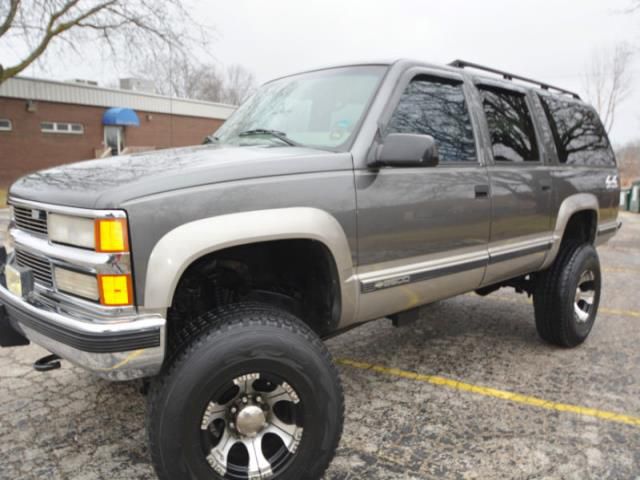 1999 Chevy Suburban K2500 3/4 ton 4x4, with 1 ton axles. It has 6 inch Dick Cepek suspension lift and 35 tires that are like new. The truck has been very well cared for over the years and was just recently serviced. It came from the West, where it had spent approximately 10 years of its life in a rust free climate between Arizona and Colorado which is why it is still so clean. It has a clean history with no accidents, this is original mileage which will change slightly as we still drive the Suburban daily. The features of the truck are as follows: Automatic, 7.4L 454, V/8, 4x4 on the fly, leather interior, dual power seats, heated seats, A/C, rear heat, 8 passenger seating with third row, power windows, cruise, power windows, power door locks, keyless entry, factory radio with cassette, CD and a sunroof, which is very rare! Upgrades include the 6in lift, 8 lug Dick Cepek wheels, tinted windows, rain guards, dual exhaust and ceramic brakes.