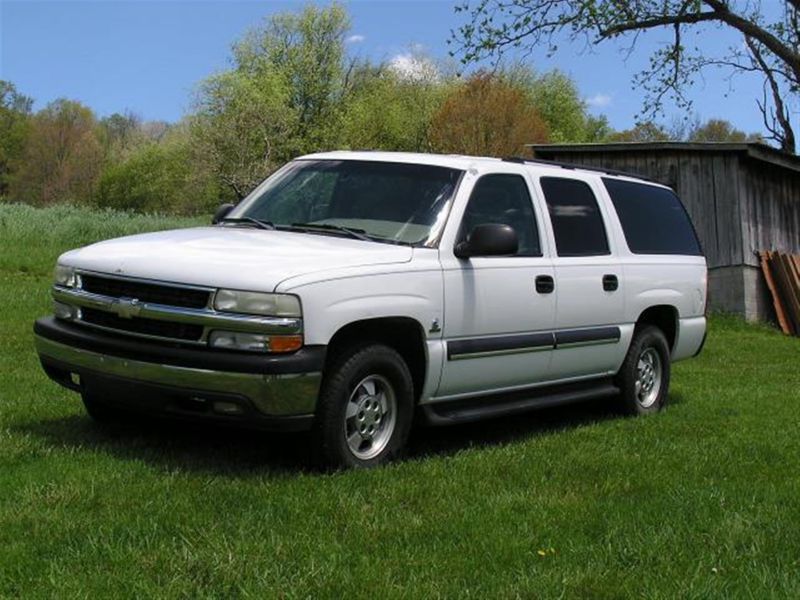 Send me questions at : gonzagaalgernon@yahoo.com

Here is a rare 2003 Suburban 1500 with a 4BT Cumminsturbo diesel engine. 3.9 liter 4 cyl. The engine is coupled to the with a stand alone computer that is fully tunable with a laptop. Italso has the Gear Vendors overdrive gearbox behind the transmission so you cancruise the highways efficiently at low rpm's. The fuel mileage yieldsbetween 25 and 30 mpg hwy. The body is very solid and rust free. Has lived inTexas for first 6 years, Kentucky and California. It has leather bucket seatsfor the first two rows and a 3rd row bench. The front end has recently beenserviced with new ball joints etc. Very cold A/C, Factory cruise control, RoofRack, Tow Hitch, Airbags in front. Exhaust is in excellent rust free condition..3 inch flow. Tires are good with about 70% tread. All components, switches &buttons work. The interior is in nice shape. It is used yet clean and not wornout. No rips or tears or stains anywhere. No water leaks, no strange odors.Non-smokers. The conversion was done 10 years ago. The Cummins engine is a1992.. it came off of a service van "Bread Truck." It was inspected by droppingthe oil pan and checking for wear before being installed. It had about 200kmiles at the time. Flaws & Imperfections: The body is rust free but does havesome minor issues. The only dent is at the right rear fender at the bumper.There is a photo showing this. There is paint peel on the front of the hood &above the windshield at driver side (see photos). The grill has some chromepeel. There is a scratch through the paint on driv