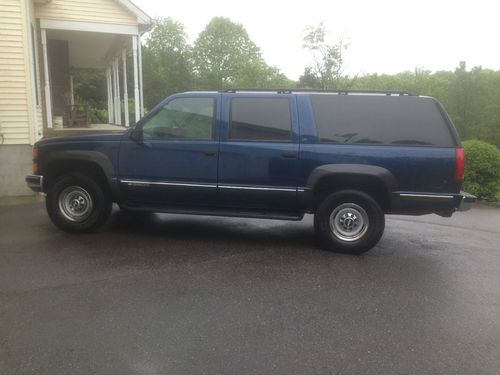 This is a must see suburban. 1 owner. New water pump, injector pump. Tires are 75%. Runs, and drives great. Interior is in good condition, and the exterior is also in very good condition. garage kept.

Vehicle is in the Hightstown NJ area. I am listing this for my dad.

Being sold as is.