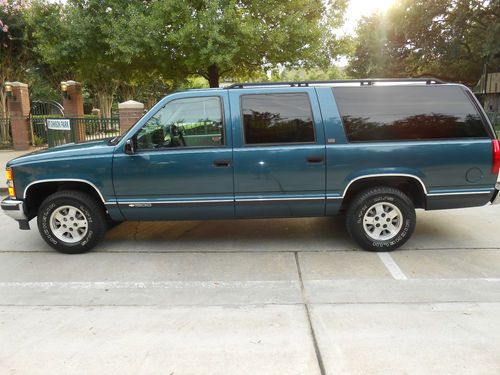 Condition: UsedA vehicle is considered used if it has been registered and issued a title. Used vehicles have had at least one previous owner. The condition of the exterior, interior and engine can vary depending on the vehicle's history. See the seller's listing for full details and description of any imperfections.Seller Notes:"has one door ding on passenger door and radio dose not work that's all that's wrong. truck is in great cond."

this truck is rust free and always garage kept

no one ever sat in back seat or 3rd row

never in any wrecks original paint that shines like new