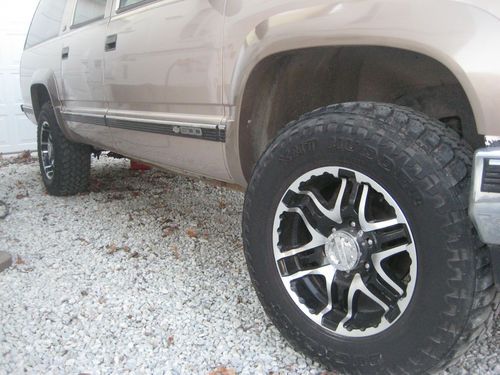 1993 Suburban 4x4, 350, auto, third row seating, rear heat/air, has 11/2" suspention lift along with new torsionbar keys, new tires and wheels, 265 17's, owned since 94 raised three kidos in it, it has been a good truck over the years no motor problems still runs good but just lost 3rd and overdive it will run down the road in 1st and 2nd but slips in 3rd. body is a little beat up some cancer on the left rear quarter, interior worn and soiled, would make a good hunting rig with a tranny repair.