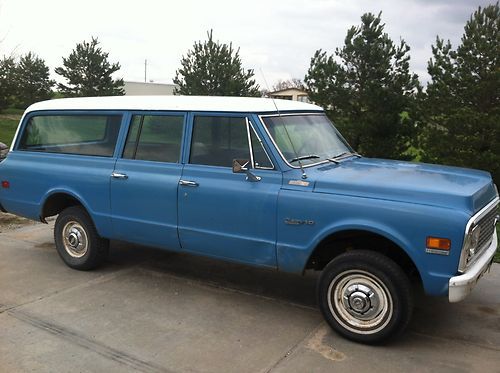 i have a 1972 chevy suburban for sale it is all orignal it has around 156000 miles on it every thing works just like it came out of the factory but the a/c needs recharged . this is an orignal survivor drives like new 3.07 gears i dont know what else to say i wouldent hesaite to drive it anywhere hopefully the pics say everything but if you need more info please call 402-450-3797 or send an email i can help with delivery must be paid in full in 7 days thanks brian