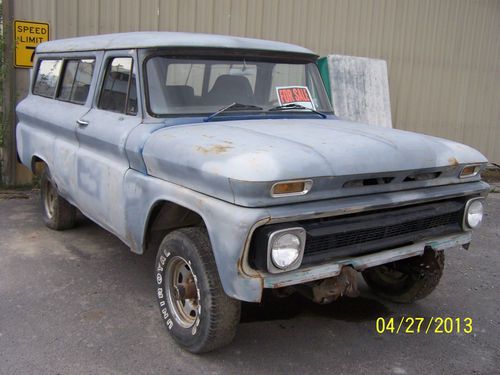 Listed is a 1966 suburban project . this truck runs and drives needs lots of body work and has rust. has been converted to 4wd with 350 engine 350 trans and 205 transfercase has 44 front end and 12 bolt possi rear. all glass is good except for crack in windsheild. $500.00 non refundable deposit due thru paypal within 48 hours of auction close. balance can be paid with personal check but vehical will not be released untill check clears my bank and must be paid within 3 days.transportation is responsibility of buyer! i will accept wire transfer if you prefer.if you would like more info you can call me at 509-675-1203 or e-mail gnholtz@yahoo.com.