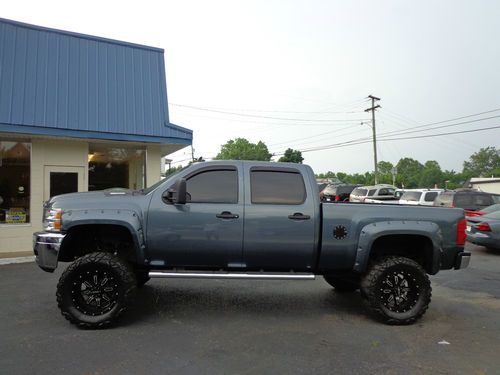 Condition: UsedA vehicle is considered used if it has been registered and issued a title. Used vehicles have had at least one previous owner. The condition of the exterior, interior and engine can vary depending on the vehicle's history. See the seller's listing for full details and description of any imperfections.Seller Notes:"There is one area behind the rear wheel on the bottom of the right side that is pictured. Other than that no other known blemishes. Truck is listed locally and auction is subject to end early call for information"

2013 Chevy Silverado 3500 Duramax diesel with Allison transmission. Lifted with lots of extras. A must see..

Call for more details or questions.
10% due in 24 hours balance due in 5 days
Truck is listed locally, auction may end soon call for details
Trax Auto II
Broadway Va.
540-896-9988