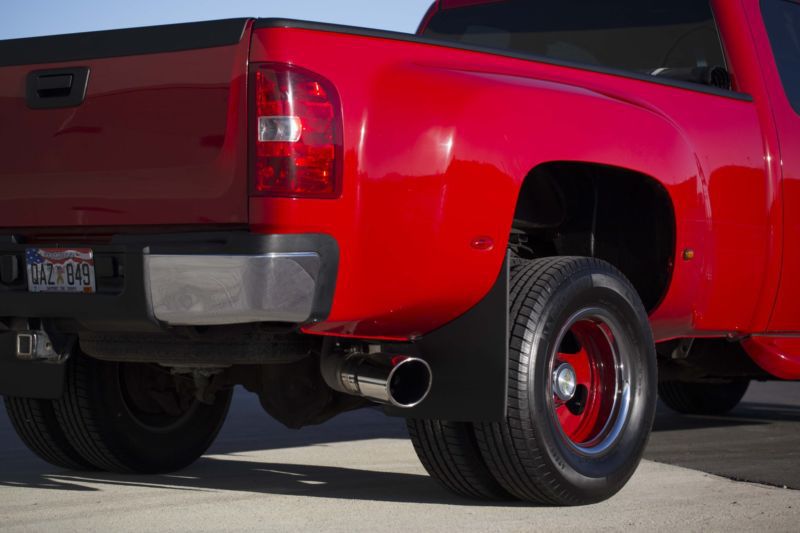 For more details email me at: reathagrew@netzero.net .

2009 Chevrolet Silverado LTZ 3500 Extended Cab 4X4
Garaged and detailed, this dually was used as a car show trailer display vehicle. We are in the car polish
business, hence the mega-detailed vehicle. Adams Polishes(.com.)
This is the last year of the NO DEF FLUID Duramax/ Allison trucks. At under-77K miles, this 1-Ton Silverado has no
deferred maintenance. Light grey leather, wood trim, very little interior wear. Paint is in excellent shape,
nearly perfect. It has all options with the exception of NAV and a sunroof, power everything, seats, etc. I set
this truck up to tow our 36' goose neck trailer and didn't spare a dime making it right.
It was driven from Colorado to Pennsylvania, and back. 95% highway miles, and only mature adult driven. This
truck was never hot-rodded, nor was it over-loaded. The Allison automatic transmission shifts perfectly. The
diesel engine starts perfectly, runs perfectly, and strong. No funky smells, never smoked in. Clear Colorado
title in-hand. Clean CarFax, (AutoCheck too) and no accidents.
I have a big fat stack of receipts with $11,000 in recent upgrades and maintenance over the past year, including:
B&W Goose Neck reversible (hidden) ball hitch.