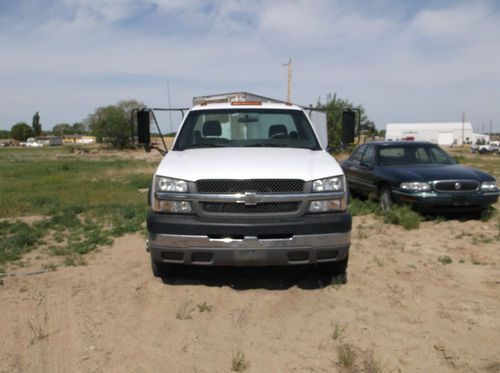 Everything works on this vehicle except fan speed, fan only works on med, med hi, and hi. This truck had a 11ft utility box on it. Has 2 new fuel pumps, (fuel pumps were replaced two weeks prior to listing it on ebay). The hood does have some minor hail damage.