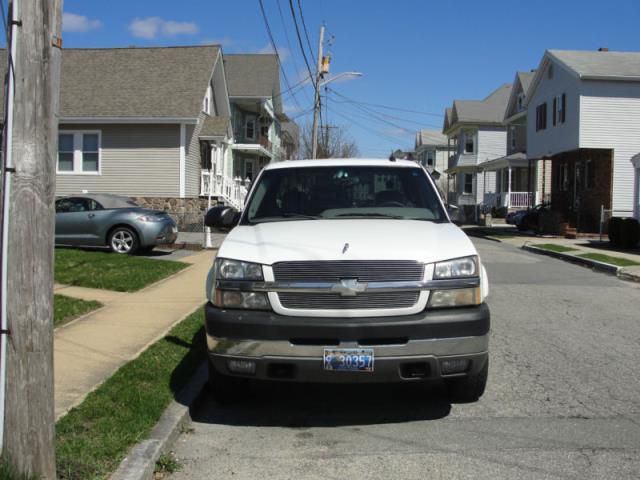 You are looking at a 2003 Chevrolet Silverado 2500 Crew Cab LT 4x4 . It is powered with a 6.6L Duramax Diesel V8 and an Allison automatic transmission.