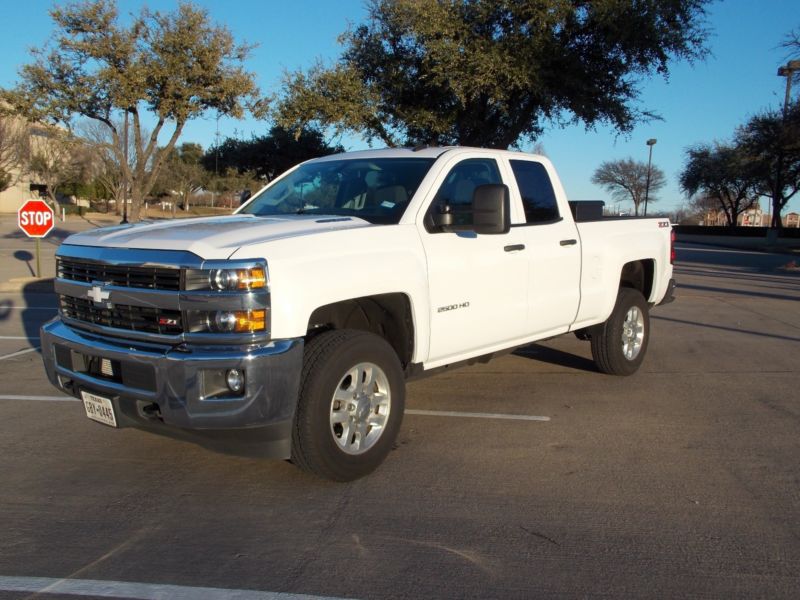 This IS my bottom dollar. I owe $44,151.86. I have arranged to take out a personal loan to make up the difference
between my selling price of $39,000 and what I owe. There is really no need to send me a message asking what is my
bottom dollar.
Duramax 6.6 liter turbocharged diesel, Allison heavy-duty 6 speed automatic transmission, double cab, 6'6" bed with
lighting, Line-X bed protection and behind-the-cab tool box; B & W Turnoverball gooseneck and receiver trailer
hitches, 7-pole trailer wiring connectors in the bed and on the bumper, 4 point connector on the bumper, factory
installed electric trailer brake controller, slide-out side mirrors with turn signals, Z-71 Off-Road suspension,
rear-view camera, LT Trim Package with touch-screen audio system, dual zone temperature control, fog/driving lights
in front bumper, 18" alloy wheels, 110V power outlet under dash, 6-way power front driver's seat and remote engine
start.
This was my dream truck, and it's in perfect condition. I bought it to tow a large sailboat on a gooseneck trailer,
but I never did. I've driven it 10 miles to & from work, carried a few sheets of plywood for home projects and took
two 4,000 mile vacations. But, it's never been a work truck. I'm over 60 years old and have never allowed anyone to
smoke in this truck. I had the dealer do the first two oil changes; since then, I have changed the oil and filter
every 3,000 miles. I changed the transmission fluid filter at 18,000 miles. On the highway, it's surprisingly
smooth, considering the heavy suspension and gets around 20 miles/gallon (on the highway).
I'm selling it so I might retire a couple of years earlier. I won't sell to anyone who doesn't come to me and
shake my hand.