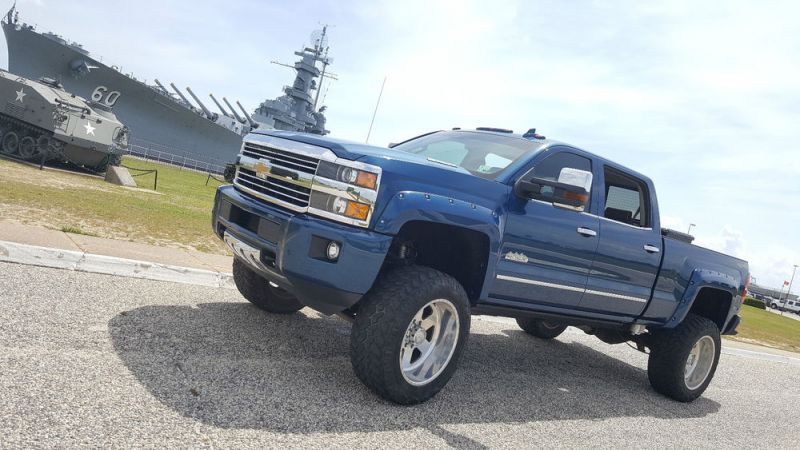 Please message me with questions at: jodyjrrooth@iamfat.net .

Very tastefully modified 2015 High Country Duramax. All parts are top quality and professionally installed. This truck has been strictly maintained. No scratches or dents. The bed has a factory spray in bed-liner. Windows are factory tinted. The truck came fully loaded with every option. The interior is like New. Saddle Brown leather specific to the High Country model. Also comes with front and rear Weather Tech floor mats in black. I have had them in since day one. So the carpet is like new. The headlights have been retrofitted with Infinti FX-35 projectors that appear exactly the same as stock. But the Osram HID kit has a bright white horizon cut off seen on many luxury cars. It's great for a lifted truck so you can direct the light below on-coming traffic. The wheels are made by American Force and not some cheap Chinese wheel. They are forged billet aluminum wheels and very expensive. The lift kit is made by BDS out of Michigan and has life time warranty on all parts. Top Notch! DPF and Emissions have been deleted and tuned by the best Kory Willis of PPEI enterprises. The tune is safe and absolutely perfect. It gets about 22 to 24 mpg on highway with the tune compared to 16 to 18 mpg stock. The tune has 4 settings with PPEI AutoCal max being 200HP over stock!