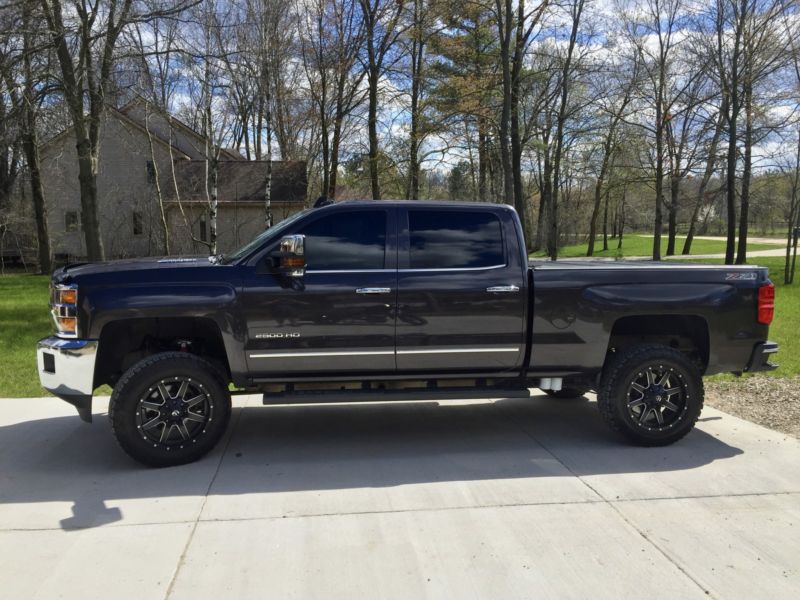 Im selling my 2015 Chevy Silverado 2500HD Crew Cab Duramax Diesel. Sad to see it go since it is my favorite truck
I've ever had. It has 56000 miles which may go up seeing as its my daily driver. It is in great shape and has
been well taken care of. Had synthetic oil since the first oil change. It has some very nice extras. It has the
emmisons deleted, with EFI Live Tunes from Motor Ops. It has a turbo down tube with 5" stainless exhaust. It has
Edge Monitor and S&B Cold Air Intake. The best has a spray in bed liner and bed cover. It has tinted windows, and
Weathertech floor mats front and back. The drivers seat does show a small amount of leather to the drivers side of
seat cushion. The front passenger side quarter panel does have a small scratch that most people wouldn't notice
but I'm not going to lie about it. It also has a big visor and Fuel Maverick Rims 20X10 with BFG's 34" K2's. So
as you can see the truck has plenty of extras with DO NOT get factored into price they are just a bonus. This
truck has been treated well and not beaten on. I drove a lot of highway miles n did some traveling, so having the
emissions deleted was great not to have to add Euria Fluid and much better MPGs. Depending not the weather, I
could at times get up to 20mpg at 75 mph or better.