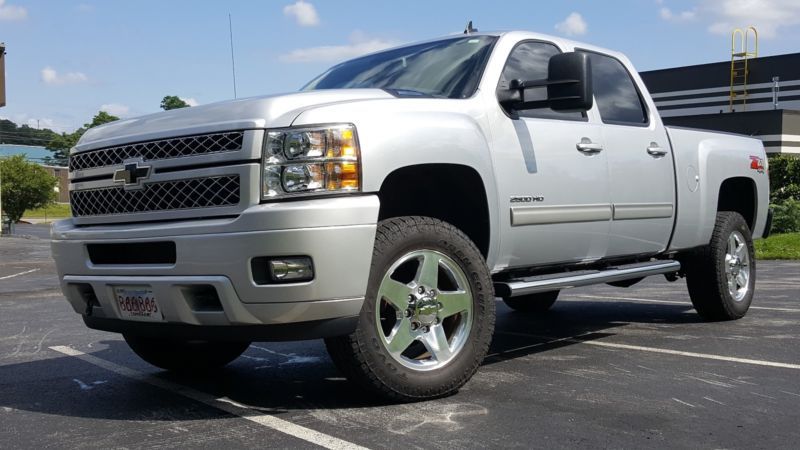 I am selling my 2013 Chevrolet 2500hd Duramax 4x4. It has the 6.6 LML Duramax Diesel Engine. This truck is rust
free. The entire underside chassis and frame have been treated with fluid film which repels water and prevents
rust.
Truck has 49,500 miles on it. It has had religious oil changes with royal purple 15w-40 and royal purple filter. I
keep the oil change intervals short between 5000 and 6500 miles.
Transmission is Allison 1000. Also serviced: with Transynd fluid and Mag-Hytec pan with added fluid capacity. I
change the spin on trans oil filter with every oil change.
Fuel System has the AirDog II 4G fuel prep system. Filters water and impurities out of the fuel. Delivering
exceptionally clean diesel to the pump and injectors. The factory filter has been replaced with a CAT filter setup.
The interior is clean and well kept. Non-smoker or any foreign smells of any kind. The A-pillar has a Glow Shift
gauge pod set up showing Exhaust Gas Temp. Fuel Line Pressure to pump and Turbo Boost Pressure.