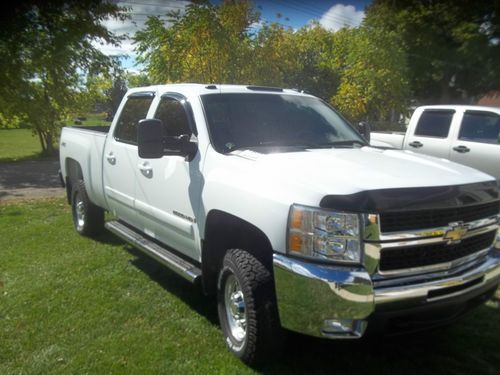 This is a very clean 2500 HD Crew Cab LTZ Diesel with only 88000 miles on it. It has new BFG All Terrain 265 Tires, sprayed in bed liner, GM mud flaps, professional installed LED cab lights,Denali Running boards and is completely 100% stock no modifications!! This truck has not seen winter yet, the guy I got it from went south for winter. This truck is for sale locally so could end Auction early!! Thanks!!