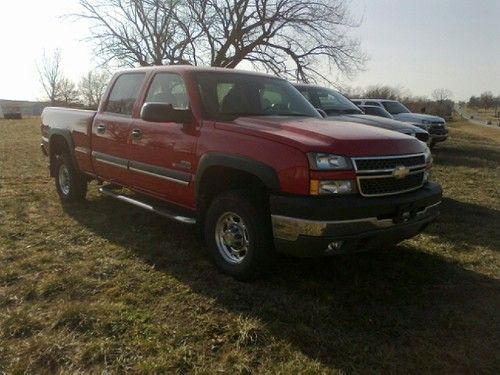 Absolutely amazing condition, one owner, never had a fifth wheel or gooseneck ball. Insanely low miles, great tred on BFG A/T tires. Spray in bedliner. Interior is like new, exterior is an easy 9/10. There is one small ding on the rear drivers bed side by tail light, and that's all you'll find anywhere on it. Mechanically obviously like new with the miles. Can't say enough about the condition of the truck, definately a must see. Has the heavily sought after LLY engine.