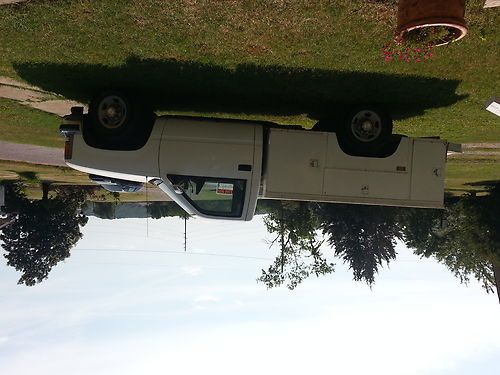 Condition: UsedA vehicle is considered used if it has been registered and issued a title. Used vehicles have had at least one previous owner. The condition of the exterior, interior and engine can vary depending on the vehicle's history. See the seller's listing for full details and description of any imperfections.Seller Notes:"1992 CHEVY 3/4 TON LONG BED PICK UP TRUCK WITH 8 FT UTILITY BED HAS 3 DOORS ON EACH SIDE AND 1 ONE TOP ON EACH SIDE. GREAT RUNNING TRUCK AC WORKS HEAT ALSO WORKS GOOD TIRES THIS IS A MUST SEE TRUCK. THE INSIDE NEEDS A LIL TLC BUT GOOD. ANY QUESTION CALL 918-630-4997 OR 918-630-4998"