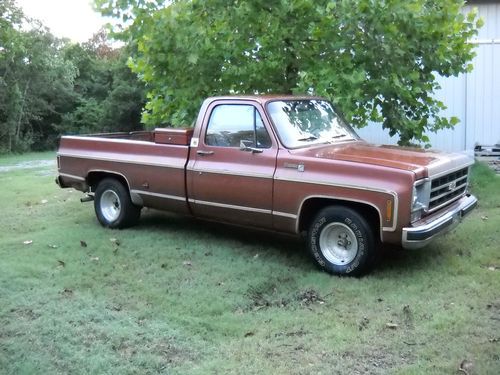 This truck has been partially restored.  Motor transmission and computer from a 30,000 mile 2008 Silverado has been mounted in motor cavity which has been sanded down and painted shiney black, fender wells under the hood were handcrafted by a Hot Rod shop.  Sold home and will no longer have space to restore truck.