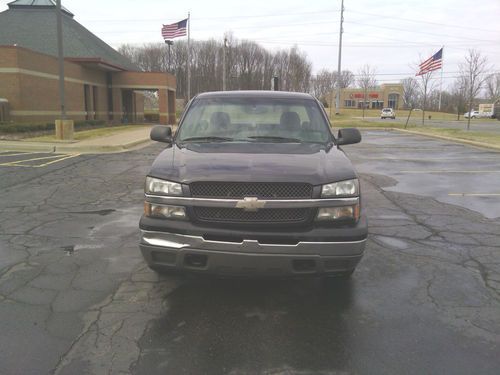 This is a 2005 Chevorlet Silverado LS 1500 two door regular cab pickup. It is a 8 cylinder, 5.3 liter engine. The truck is used and shows normal signs of wear with some exterior scratches. There is a dent in the right front bumper and left side panal. The passanger airbag needs to be repaired. It has 124,090 miles on it an is a great dependeable truck that is still being driven while it is for sale. It has trailer brakes on it and the hookup for a trailer and has been used for that purpose and handles great. There are power locks, power windows, power steering, anti-lock brakes, AMFM radio, and CD player. SOLD AS IS.