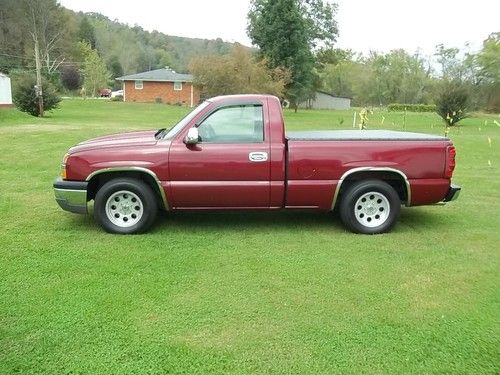 My Dad bought a new Silverado and his old truck is up for sale it is a '04 Chevy Silverado LS 2wd, 5.3L a/t, cc, p/w, p/l, t/w, d/wipers, p/s, p/b, dual climate a/c-heat and power seat, 2" leveling kit on rear, this truck is show room new, no smoke, no leaks, no noises, runs, drives and stop like a new truck, has new jasper trans. with three year transferable warranty, I do not know what the rear end gears are but thay are poss. traction, this is the nicest '04 chevy pickup around, need more info or pics call or text 304-five 4 five-3433 no calls after 10:00 p.m. thanks for looking.