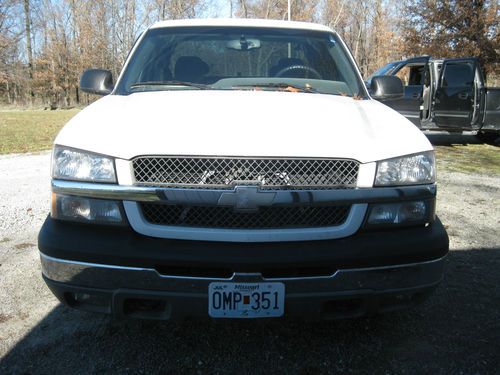 This was my dad`s truck and he passed away in July. He took excellent care of it, always garaged, oil change every 2000 miles, waxed every Sunday. No rust, very minor scratches and runs and drives great. I got 17-18mpg driving it to work for about a month. It has 4 doors but the rear doors are the "suicide" type....still can fit adults in the back comfortably. He added the tube running boards, vent shades and tinted windows. Four wheel disc brakes and tires are about 60-70%. It has A/C, CD player, PW, PL, cruise and pop open rear windows. Trans was flushed a couple months before he passed and it has the towing package but he never pulled anything with it. He replaced the front windshield last spring because he thought it looked "cloudy".....that`s the kind of attention it has received. I already have a truck or I would keep it, plus I need 4WD. Great truck, you will not be disappointed. It is also for sale locally. Truck will be detailed before buyer picks it up....that is water in the passenger floorbard by the way. Thanks for looking.