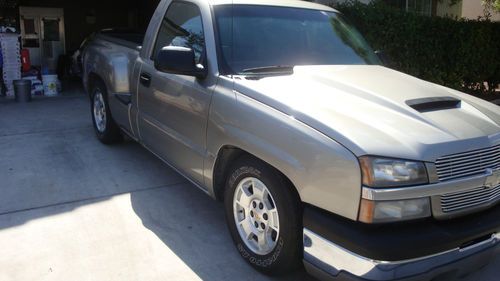 Condition: UsedA vehicle is considered used if it has been registered and issued a title. Used vehicles have had at least one previous owner. The condition of the exterior, interior and engine can vary depending on the vehicle's history. See the seller's listing for full details and description of any imperfections.Seller Notes:"the only thing is misfire"

up for sale we have a 2003 chevy silverado stepasde. this one been customized with tons of upgrades. it has been lowered with custom side monnt exhaust custom painted hood. professionally installed whipple suprecharger with boost guage mounted inside of cab custom painted dash and door bezels. spray in bedliner and so much more.we just installer a rebuilt transmission within the past 4000 miles. runs and drives great anywhere.

clean no smog inside