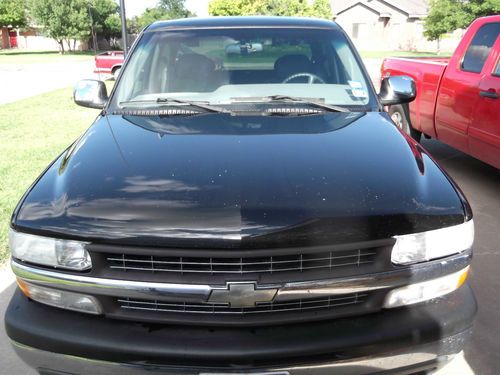 2000 Black Silverado Ext cab LT.Has 134,000 miles runs great,passenger door only opens from inside and the window wont roll down and the heated seat doesn't work,has been rear ended and has no tail gate,spare tire holder wont function and the A/C needs work other than that its a good truck.