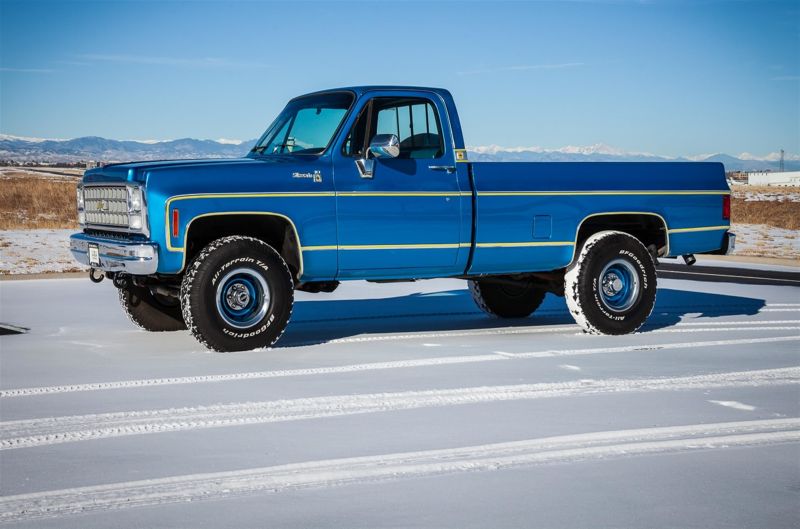 For further questions email me : bs5745796@gmail.com This is a true K series truck so it is four wheel drive. 1977 Chevrolet Silverado for sale. 1977 models featured new interior layouts and materials such as soft touch material for the dash, doors(arm rest) and shift levers. Chestnut woodgrain inlays were used in the doors and dashboard for further visual enhancement. This Silverado also features a beautiful hounds tooth interior that matches the exterior color exactly and plush carpet that you can also find on the bottoms of the doors. It is powered by a 350 V8 engine with an automatic transmission. Upgrades to the exterior include a brush aluminum stripe that wraps around from the windows across the back of the cab matching the insert in the tailgate. The long bed on this truck would be perfect for hauling almost anything and is protected by a thick rubber matt that covers the bed floor completely. Dual gas tanks ensure fewer trips to the gas station and accessed on either side of the bed.