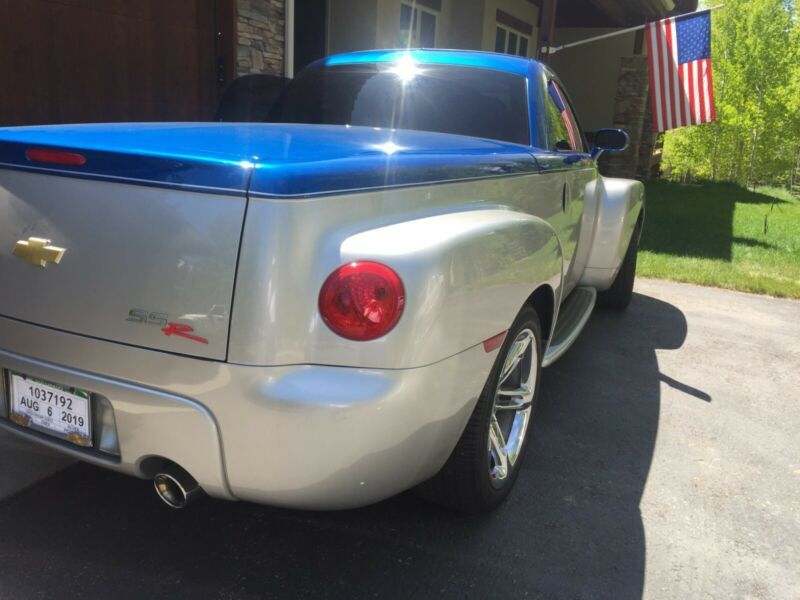 OFFERING A VERY UNIQUE CHEVROLET SSR THAT COULD BE THE BEGINNING OF A COLLECTION OR A SUPER ADDITION TO AN EXISTING
ONE. BELIEVE THIS SPECIFIC COLOR COMBINATION TO BE 1 OF 32 MANUFACTURED AND SOLD BY GM. IT IS LOADED WITH ALL OF
THE MOST DESIRED FACTORY OPTIONS AND ACCESSORIES SUCH AS CHROME WHEELS, AUXILIARY GAUGE PACKAGE, RUNNING BOARDS,
TRUNK TRIM (CARPET WITH SIMULATED WOOD STRIPS), GM FACTORY WIND SCREEN, AND SSR FLOOR MATS. HAS CLEAR CARFAX WITH
NO NOTED ISSUES AND CLEAR TITLE. ORIGINAL TIRES HAVE BEEN REPLACED DUE TO AGE WITH NEWER MANUFACTURING DATES.
COMES WITH MANUALS, BOTH SETS OF KEYS WITH REMOTES, FRONT LICENSE TAG HOLDER AND TOP TOOL.