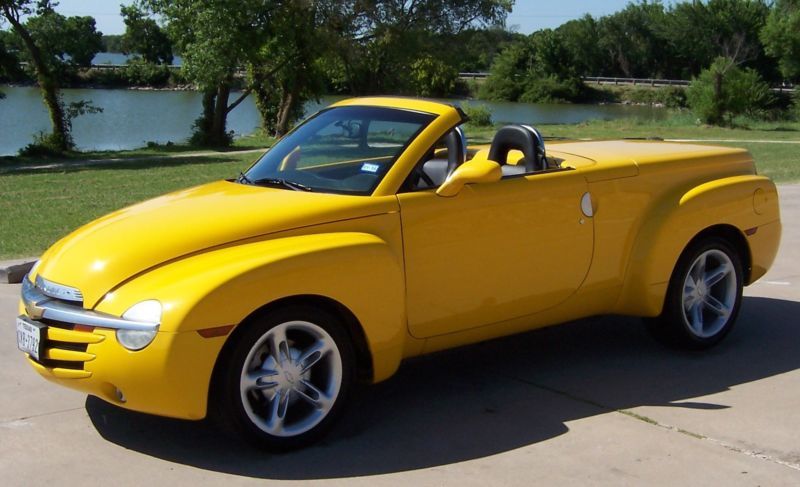 2004 CHEVROLET SSR - RUST FREE NORTH TEXAS VEHICLE SINCE DAY ONE - WHAT ELSE CAN YOU SAY ...WHAT A RIDE - SOON TO
BE THE NEXT COLLECTIBLE - THIS BEAUTIFUL TRUCK HAS NOT ONE DING OR SCRATCH AND RUNS AND DRIVES LIKE BRAND NEW -
AUTOMATIC - 4.3 V/8 - ICE COLD AIR - POWER ROOF - TINTED WINDOWS - FOG LAMPS - BOSE AM/FM STEREO WITH CD CHANGER
SOUNDS GREAT - POWER WINDOWS - POWER SEATS - HEATED SEATS - POWER HEATED REAR VIEW MIRRORS - ON BOARD COMPUTER WITH
DIGITAL READOUT - ALL GAUGES WITH SPORT GAUGES ON CONSOLE - - FRONT BUCKET SEATS WITH CENTER CONSOLE - TOP UP OR
TOP DOWN THIS IS ONE HECK OF A DRIVER - POWER SEATS - CARPETED BED WITH COVER - ALLOY WHEELS WITH 4 BRAND NEW
GOODYEAR EAGLE GTS - NEW BRAKES, NEW BATTERY, READY TO GO