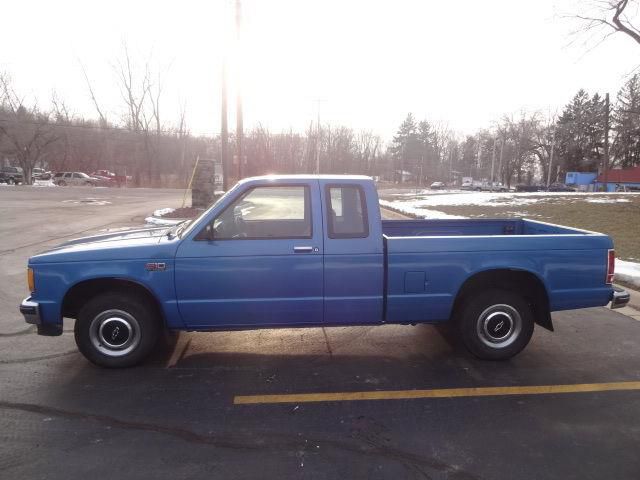 1986 Chevrolet S-10 Ext. Cab 2 Wheel Drive Truck. 2.8L V6 Engine. Automatic Transmission. All Original. 57,000 Actual Miles. The trucks runs and drives but the motor KNOCKS. Needs to be repaired or replaced. I have too many projects right now. The Body is excellent condition and rust free. The truck was repainted probably 10-15 years ago. The Interior is like new condition. Has the original AM radio. Even though the truck does run and drive you will need to bring your trailer or send a transport company to pick it up. Please email me with any questions. Clean/Clear Michigan title.