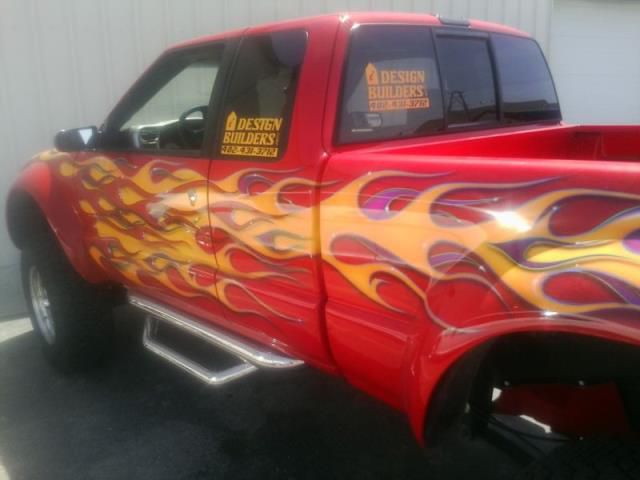 This truck was built by Company in New York to display their custom aftermarket equipment. Truck is lifted has custom paint that has flames wraped around cab as well as in door jams. Beautiful eye catcher. Truck has air bag hoist for dump box as well as electric tailgate. I am 3rd owner 2nd owner has flames painted professionally.