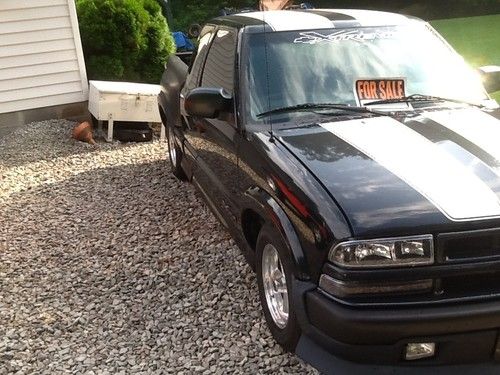 Condition: Used: A vehicle is considered used if it has been registered and issued a title. Used vehicles have had at least one previous owner. The condition of the exterior, interior and engine can vary depending on the vehicle's history. See the seller's listing for full details and description of any imperfections. ...
2001 Chevy S-10 Xtreme extended cab with 3rd door, with 94,270 miles has a 4cylinder with automatic transmission, loaded with power windows and doors looks, cruise control, factory cd and cassette player, buckets seats, keyless entry. has brand new tires and wheels Needs minor body work and paint work to make the truck look excellent. Reconstructed title. Seller reserve the right to end auction early, vehicle for sale locally.