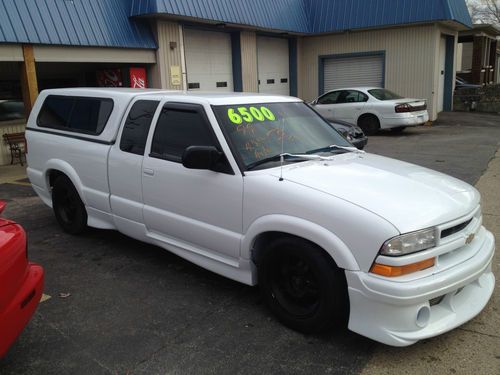 Condition: Used: A vehicle is considered used if it has been registered and issued a title. Used vehicles have had at least one previous owner. The condition of the exterior, interior and engine can vary depending on the vehicle's history. See the seller's listing for full details and description of any imperfections. ...
We've got a 1999 Chevrolet S-10, 2 wheel drive, extended cab, 3rd door, Extreme pickup.  It's got the vortec 4.3 v6, automatic trans.  Truck look, runs, and drives great!!  Truck has 79,000 original miles, newer tires, fresh tune up and oil change.  Jump in and drive, its ready to go!