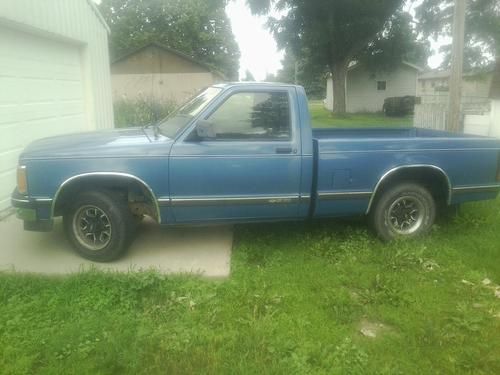 1992 S -10 Pickup truck converted to electric. Using an EV America conversion kit. The truck has all new Interstate Extreme batteries installed recently with new cables and battery lugs new. All battery racks under the truck bed were undercoated before the battery installation. Heating wire ran throughout the battery pack. Truck bed tilts up for easy access to the batteries. Tires are in good condition. New universal joints and new rear transmission seal. Manual transmission. 120 K original miles. Exterior of the truck is in great condition except for a blemish in the paint by the drivers door handle.  Interior of the truck is very clean except for a small seam seperation starting on the drivers seat, very minor relative to the cleanliness of the truck. For any questions call 402-430-9830.