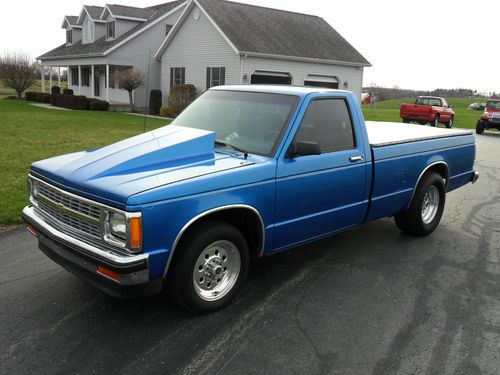 This is one Nasty S-10, 1988 model, it has very many upgraded components such as:  aluminum heads, cam, headers, big carb, aluminum radiator, ET Street tires, beautiful wheels, awesome paint, new exhaust, hurst shifter, monster tach, gauge package, and much more.  I have taken lots of pictures instead of doing lots of writing,  if you would like more info please give me a call and I will explain as best as possible.  Thanks, bid with confidence this truck is awesome, and clean, 765-546-1362 (Gabe)