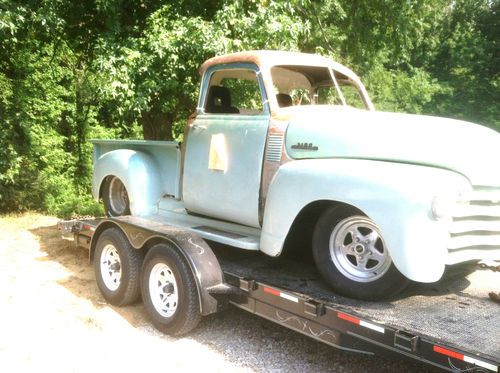 FATHER AND SON PROJECT THAT HAS WENT BAD!!  THIS TRUCK IS A GOOD START ON A RATROD OR STREET ROD! LOT OF PARTS AND DAD WANTS TO SELL!!!