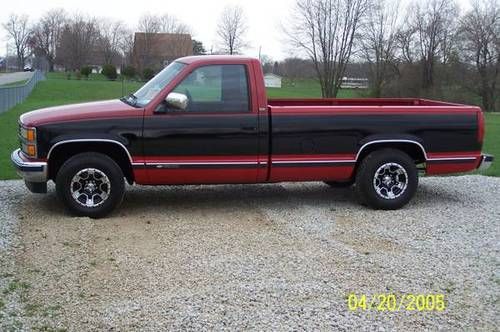 Call Dave at Dave's 4x4 in Warsaw with any questions: 574-269-5426. Or stop out to see this baby during business hours, Monday through Friday 8-5:30 (6 PM on Fridays). We have the largest stock of trucks for parts in Indiana...mainly Chevy, Ford, Dodge and a few Jeep! We have over 300 trucks in our yard for parts and have been specializing in these trucks for over 25 years. Lift Kits, Ring and Pinion set ups, new and used tires, 4x4 conversions, exhaust, brakes...you name it, we can do it! Come check us out or find us on Facebook under Dave's Car Care! Thanks.