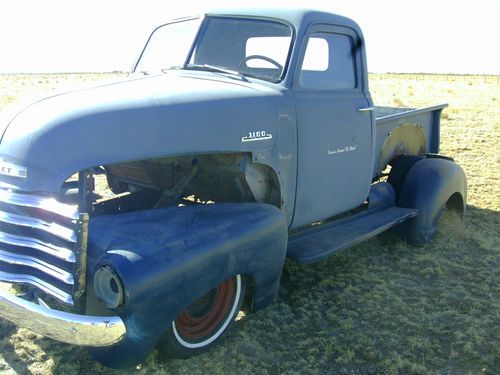 This is a very solid shell with only minor rust in bed and inside front wheel housing see photos.

No drive train so you can do S10 swap or restore to original.

Has gauges, Steering wheel and seat.

Not sure of the year.

This is my dads and his house burned to the ground a month ago so it will come with New Mexico Bill of Sale.

Truck can be delivered to New Mexico, Colorado or Arizona for $250

Other areas at higher fee or can be pikced up in New mexico.

No Reserve so get ready to buy

Sold As Is Where is. Buy pays for shipping costs